It’s been a little over 2 months since my last progress report on the Cheap Electricity Options blog. The blog is now just over 4 months old. This is what it looks like now:

I’ve added a couple of more plugins to the site to help in getting more backlinks:

Indexing Tool Plugin: This is a commercial plugin ($47) that aids in getting backlinks by getting the articles you submit to article directories and blogs indexed. Rather than repeating information here, you can read my review of the Indexing Tool plugin here.

Pingback Optimizer Plugin: This is an alternative plugin to the Index Tool above but, since both plugins use different methods for getting the search engines to spider pages on external sites, I use both together. There’s more info on Pingback Optimizer here.

Web Traffic Genius Plugin: I was already using this plugin on the site but the developers released a new version a few weeks back that adds even more RSS aggregators so the RSS feeds it creates for each new post added to a blog can be sent out to those extra aggregators. This results in even more backlinks and visitors.

The Cheap Electricty Options blog used the phpOStock plugin to display a couple of products from Overstock’s inventory at the bottom of some posts. Overstock changed their API recently and so the plugin’s developer had to release a new version. However, I’ve had problems with the plugin breaking some posts. The content that the plugin pulls is based on a keyword. In some cases, the plugin has a problem with a keyword and breaks the post. Other keywords work absolutely fine. There are no weird characters in the keywords either that could be the cause of the problem.

It would be one thing if the plugin simply failed to retieve products and simply reported some error message on the post. But when this plugin goes wrong, the page just doesn’t load. The page header appears but there’s no content and no error message to indicate what caused the problem.

I’ve been in touch with the plugin’s author but he hasn’t been able to reproduce the problem so can’t identify what’s wrong. What I have found is that failure is not consistent. One keyword may result in the plugin not working on one site while the plugin will pull products for the same keyword on another site. This tends to suggest that the problem doesn’t lie with the plugin but elsewhere. Perhaps its the result of a conflict with another plugin, a problem with the theme used on the site or some issue with the webserver configuration.

So on any posts where I’ve found a problem with the phpOStock, I’ve switched to using the phpZon plugin instead which pulls products from Amazon.

I was also using the GD Press Tools plugin on the blog to do some database management. I’ve now replaced that with the WP-DBManager plugin which is less resource intensive and results in pages loading a little bit faster.

I originally used the WP Super Cache plugin to handle caching of pages which speeds up page load times. However, it too is a bit of a resource hog and I switched to the W3 Total Cache plugin instead.

Cheap Electricity Options is hosted with Heroehost. It’s on a VPS hosting account rather than shared hosting so sites get a bigger chunk of server resources. This results is sites loading faster, something that’s become more important where site ranking is concerned as Google’s ranking algorithm now takes account of it.

I noticed that there were quite a few times that I’d see a Bad Gateway (nginx) error when I visited the Cheap Electricity Options blog – it appeared on other sites hosted with Heroehost – so I contacted them about it. It usually just meant them restarting nginx on the server but after repeated site downtimes they offered to move my sites to a new webserver. I accepted – there was no charge involved – and the sites have been running fine ever since. Heroehost’s customer service is excellent and they’re very quick to respond to support requests.

So How’s The Blog Performing?

The blog has been online for four and a half months now and 131 articles have been posted.

Pages Indexed in Google: 418. Steadily rising as posts are published (the excess are tag pages).
Links in Google: 2. Nowhere near as good as hoped despite submitting the site to over 100 PR3+ directories.
Yahoo Backlinks: 1,722. Dropped by about 15% since the last progress report. Though it’s hovered at this figure for several weeks.
Unique Visitors Per Week: 106. Quadrupled since the last progress report.
Number of Visits Per Week: 118. Averaging 14.75 visits per day.
Page Views: 175. These are now real page views and the figure is no longer skewed by my own visits while checking/building the site.
Bounce Rate: 72.88%. A bit better but I’d still like to get this figure a lot lower.
Newsletter Subscribers: 2. Very disappointing given the blog is now 4+ months old.

Adsense: ?14.08 (approx. $18.60) – I played around with Adsense placement and for a few weeks didn’t have Adsense on the site at all. Now that’s it’s back on the site, I find that there aren’t may clicks but when there are, those clicks pay $1+ each. ?10.39 ($13.72) of that came in this month (December). Just need to drive more traffic to bump the earnings up.
Clickbank: $0. I probably need a few more affiliate links in articles and to drive traffic to a couple of money pages.
Amazon: Probably $0. While there were Amazon sales, they most likely came in from my other sites. There were no renewable energy products among the sales.
eBay: $1.32 (hardly setting the world alight!)

So What Conclusions Can I Draw?

1. Don’t waste time on building an autoresponder series and setting up opt-in forms to build a mailing list on a new site. Much better to wait until there’s a decent amount of traffic and then test with a short email series to see if people will sign up.

2. I knew going in that this was a competitive niche and only a few of my keywords are ranking on the first page of Google, a lot fewer than I’d hoped. But that could be down to this being a very competitive niche. Further backlinking via article marketing should boost those rankings somewhat as will the backlinks from pages indexed via the Indexing Tool and Pingback Optimizer plugins.

3. Don’t expect quick results. Sites and pages can get indexed pretty quickly but that doesn’t translate into visitors or income. In any case, the first month of a site should be solely about getting it indexed and getting some backlinks to it before any ads or affiliate links are added to it.

4. Expect problems with WordPress. I’ve encountered plenty of problems with WordPress setups detailed elsewhere on this blog if you care to read about them. There’s a lot of setup involved in building a blog from what plugins to use and setting each one up, selecting a theme and a webhost, finding content for the blog, and so on. It takes time to craft a blog so there’s no push-button solution for that. And then there’s time spent down the line firefighting the inevitable problems that will crop up.

5. Once a site is built, you can’t really walk away from it. You need to constantly keep drip feeding content onto it along with backlinks. The former can be automated with some quality auto blog plugins; the latter can be automated to a large degree by Web Traffic Genius, the Indexing Tool and Pingback Optimizer, but you still need to do some article marketing for the site at least once per month. Blogs, in particular, must look like they’re still alive and kicking. Traditional websites can be left to their own devices however.

6. Pick a niche that’s tightly focused. The Cheap Electricity Options blog is probably too broad as it covers Solar Power, Wind Power, Renewable Energy, Alternative Energy Sources and Green Stock Investing. Any one of those would be a tightly focused niche and maybe it would have been better to build a blog around each of those topics instead.

7. I now have a better idea of what to do and what not to do for future blogs I build and they’ll have the advantage of using the plugins like the Indexing Tool and Pingback Optimizer from the outset.

As regards the Cheap Electricity Options blog itself, visitor numbers are steadily increasing as is Adsense revenue so things are looking up. I’ll do another progress report in a few few weeks to let you know how the site is progressing. 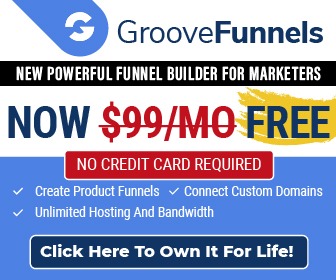