Tired of giving your subscribers and leads the same crappy bonuses as every other marketer?

Then it’s time to start offering some quality products that can be used as bonuses or as lead magnets.

Grab this bundle of 10 membership sites to entice people to your offers:

Each site is packed with exclusive, in demand video training, tested and proven to convert premium upgrades and fully supported and maintained by a dedicated support team – All you have to do is GIVE AWAY free …

How To Start Affiliate Marketing For Beginners – With Spencer Mecham 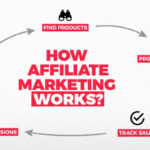 Spencer Mecham made the video below about how to get started in affiliate marketing.

Why should you listen to him instead of anyone else?

Spencer is a Dream Car winner in the Clickfunnels® affiliate program. That means he’s recruited at least 100 people into Clickfunnels®. And for that, he’s given $500 per month – in addition to his regular commissions – to cover payments on the car of his choice.

With that number of referrals, I estimated he’d be earning somewhere between $3,880 and $11,880 per month, just in commissions.

The Best Affiliate Marketing Training Courses To Look At

I originally published this post here on my other website – EmailListBuildingTechniques.com, which (obviously 🙂 ) deals with email marketing and list building – and it seemed like a good idea to repost it here since it’s all about affiliate marketing training courses.

This isn’t an exhaustive list of courses as I don’t know every one in existence. It is, however, a list of of courses I have used myself, so I can vouch for them.

Bear in mind that not all courses, however good they are, will suit all people. Teaching styles vary. Some people prefer to absorb information by reading, others through watching video.

What course will suit you …

A new course on how to profit with Review style sites has just launched. It comes from Brett Rutecky who routinely makes  $30,000 per month from his single review site.

This course shows you how to replicate that and includes a WordPress plugin to make building such sites easier.

If you buy through my link, you get FULL Platinum Access to my http://www.nichesiteinstitute.com internet marketing training membership site that normally costs $37/mth.

My #1 recommended course if you’re interested in being an affiliate or internet marketer is Wealthy Affiliate (but don’t use this link for the next 4 days!)

It’s the most comprehensive course out there that teaches you all aspects of how to build a site and, just as importantly, how to drive traffic to it. The best site in the world isn’t worth squat if no one visits it. Getting quality traffic, especially traffic you don’t have to pay for is absolutely the key to success, no matter what niche you’re in.

With this Black Friday …

Black Friday is just around the corner so that means we have a lot of stuff to look forward to seeing on sale over the next week or so.

Kicking off the sale offers is Udemy. If you’re not familiar with the name, they are like an online university (I think the name is a combination of University and Academy).

They offer courses on all kinds of topics, not just ones on internet or affiliate marketing. If you have an interest you want to learn more about, you’ll find a course on it here.

I’ve been thinking about all the affiliate and internet marketing courses I’ve bought and learned from over the years. And how many just languish on my digital shelves now and how many I actually used and still use.

Many had short lifetimes because they exploited a loophole or trick to achieve their aim and, once that was plugged, whatever the course taught didn’t work any more.

Then there’s the simple reality that the internet is an incredibly dynamic entity.

Google changes the rules on a what – daily, weekly, monthly basis? We get to hear about the big changes like Panda and Penguin algorithm updates but the knock-on effect of these changes …

2 Techniques That Took Google Traffic To 1,000 Visits Per Day

I was one of the lucky ones to join Andrew Hansen’s and Alex Miller’s Rankings Institute earlier this year. If you’ve read this blog, you’ll know I rate Hansen’s courses highly. The Rankings Institute turned out to be another top-class course. The doors were only open to new members for about a week.

If you’ve not heard of it before, which wouldn’t surprise me as it had a bit of an underground launch back in January, the Rankings Institute is an 8 week coaching program with a private members area which takes people from start to finish through the process of getting quality search engine traffic that will last, in 2014.

Update March 10th: Click Here To Get A FREE Report From Andrew Hansen That Explains More About Forever Affiliate, And The Reasoning Behind Why This Course Was Created.

Well, I took some time to think about it and I finally decided to give Andrew Hansen’s Forever Affiliate Coaching Mastermind a go. This is the upsell to the Forever Affiliate affiliate marketing course I talked about in my previous post.